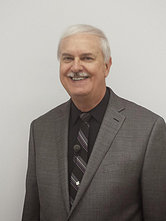 Dr. Tom Mobley has been called to return to Louisville Bible College to serve as President, a position he held from 1990-2004. During his tenure then, LBC relocated to its present campus as well as grew to 406 enrollment. During his absence from LBC, he has served as Senior Minister with Nelson Christian Church in Bardstown, Ky. He and his wife, Alice, will continue to reside in that city.
After attending LBC and Kentucky Southern College of the University of Louisville, Dr. Mobley went on to receive a baccalaureate and do graduate work at Cincinnati Christian University. He holds the M.R.E. and D.Min. degrees from the Southern Baptist Theological Seminary. He was contributed to various periodicals and books including co-authoring the first textbook on police chaplaincy, “Chaplaincy in Law Enforcement”. “The Development of a Design for the Christian Education Department…” was the title of his doctoral thesis.
In addition to having taught part-time at LBC from 1983-1986, Dr. Mobley has been the Registrar and taught at two other institutions, CCU and College of the Scriptures. While a student at SBTS, he served as a Garrett Fellow in Religious Education (Graduate Assistant) to Dr. Sabin Landry.
The Nelson Christian Church ministry was preceded by other successful, local church ministries with First Christian Church (Scottsburg, In.), Elsmere Church of Christ (Erlanger, Ky.), Fairdale Christian Church (Louisville, Ky.) and Shiloh Christian Church (Lawrenceburg, Ky.). Dr. Mobley has also held several interim ministries. He has been and continues to be active in crisis chaplaincies for the last 45 years. He continues to serve after 30 years as a panelist on WHAS TV and radio program, “Moral Side of the News.”
The Mobleys have two children, Marc, a LBC graduate, has been service with his father as an Associate Minister with Nelson Christian Church. He is also Executive Director of Commission Encounter, designing mission trips for churches. Rachael serves with her husband who is Senior Minister at Kingsway Christian Church, Indianapolis. The Mobleys have five grandsons.
Dr. Mobley’s prayer is that LBC will be able to eventually restored to what she was earlier that took over a decade to accomplish. Yet, he realizes that with the student body and financial foundation both gone, LBC is in a “rebooting” mode that will be very difficult. He believes that it can be done by the grace of God and the return of the support and prayer of alumni, churches and other Christian individuals. Dr. Mobley encourages those desiring additional information to contact him directly.